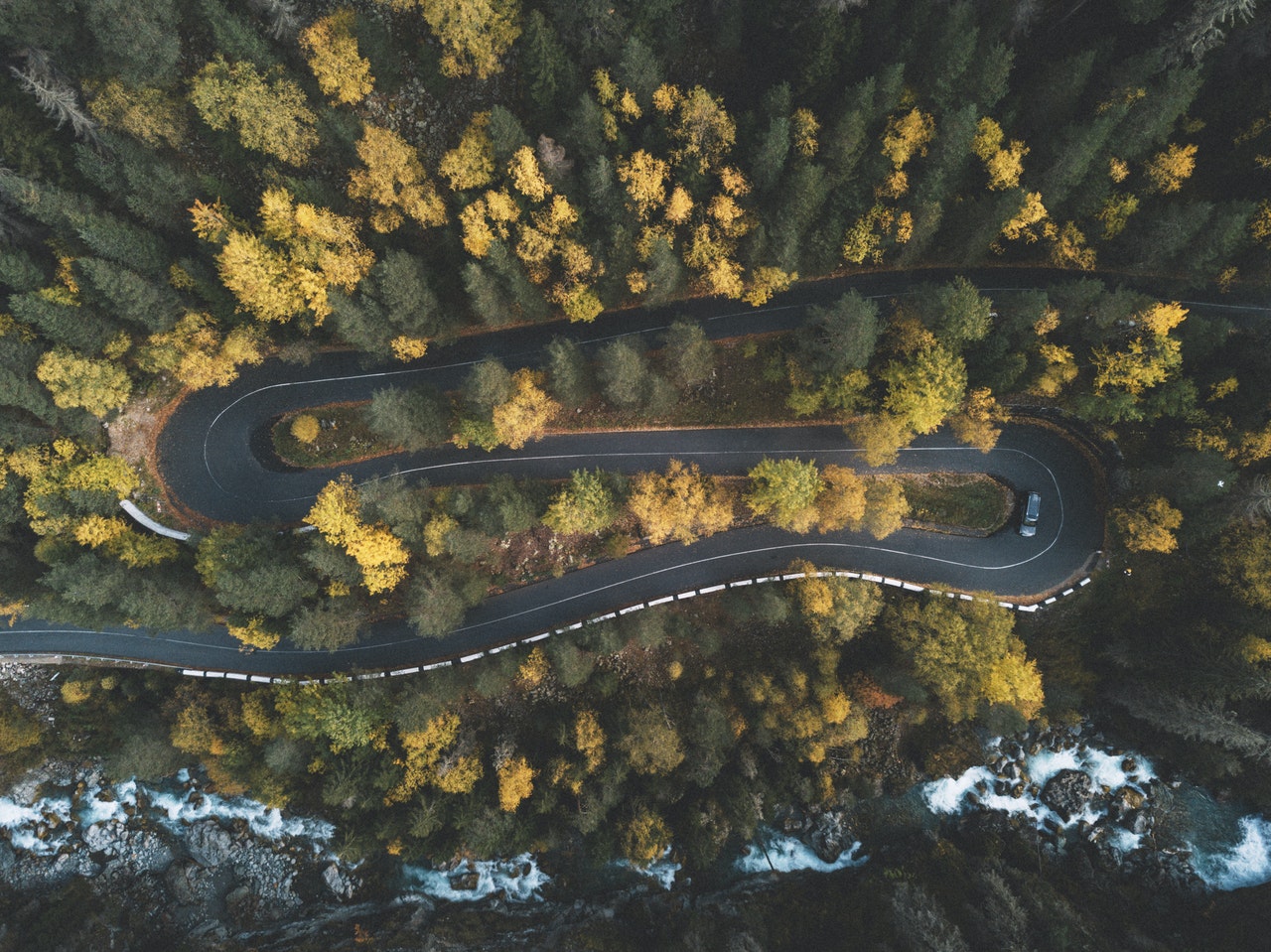 Composition is something that can make or break a photograph. In fact, the excellence of a photo lies in its composition. Composition defines the way viewers’ eyes will be drawn to certain parts of the image, the leading lines, the position of the focal point and the way it affects the frame, etc.

It is clear enough that composition matters so we are here with a guide to help you learn a bit about S curve composition in photography. So let us get this started without further delay.

What is the S curve in photography?

The S curve is also known as the line of beauty but this convention is quite common in the field of painting only. In the field of photography, the S curve refers to the composition in photography that leads the viewers’ eyes in a very gentle way through the image.

Eyes like to travel through the image very much and that is exactly where the S curve helps you capture the best photos. It is far from accurate to say that the S curve is the building block of exceptional photographs. But you should know that it has the ability to bring more beauty and meaning to the photos.

Once you learn to use the S curve as leading lines in your frame, it will bring more sense and add dimension to your image.

In the majority of cases, the leading lines or other shapes in the frame resemble the shape of the letter S in some way. But it is not mandatory because the presence of clear curves in the photo is also called an S curve. This is one of the main reasons why it is called the S curve.

The S curve can be visible in almost anything belonging to portrait, street, landscape photography, etc. You can easily see the presence of the S curve naturally in several things that occur in nature. But once you learn to make strategic use of the leading lines in the photograph, you can create exceptional photos belonging to different genres.

Since we are here to help you a lot through this process, let us take a look at the right way to do it. 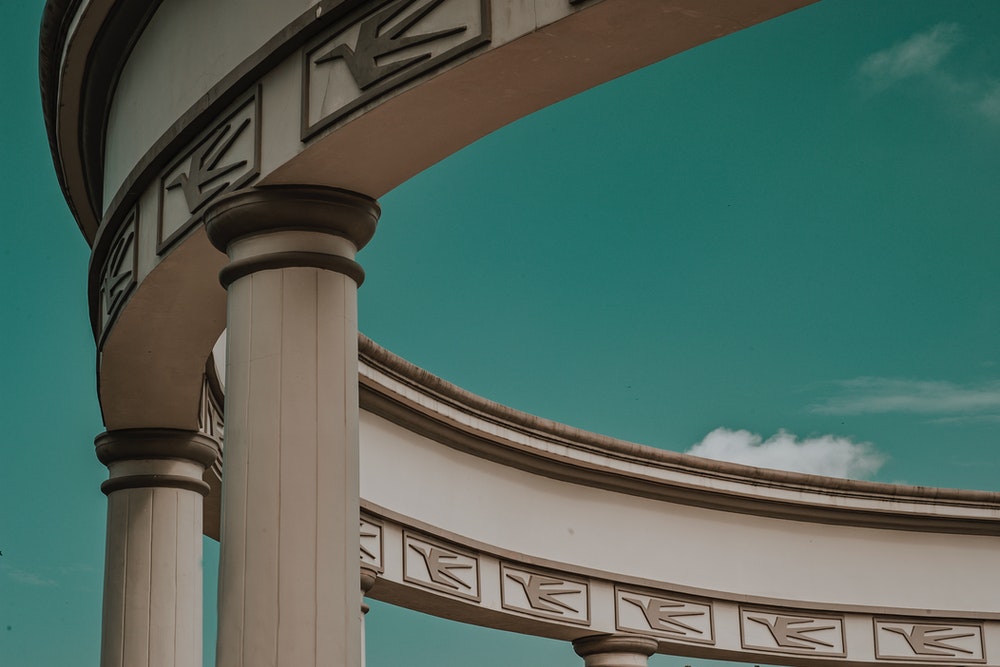 Where to find these curves?

Photography and story have always been synonymous with one another. That is why rivers hold a special place for photography. When it comes to S curve composition, rivers become even more important. You can hardly find any real-world thing with such elegant curved lines as that of rivers. With proper orientation and alignment of your camera, you can bring the magic in the photographs.

It is not only limited to rivers as waterfalls are able to give you even better photos of this category. Never miss a chance to capture the beauty that lies in the curves of a waterfall. But it is not going to be as easy as the other options. Because you have to find the perfect places where the curves are clearly visible.

Generally, the water comes from different directions and converges into one stream. Curves are present in that case as well but there is no way anyone could focus on one curve. In S curve composition, you have to find the curves that are significantly and clearly apparent without any distortion.

Photos of roads create a very positive effect on the viewer’s mind. As roads have always been a symbol of movement and energy, their use in photography to depict some story or express some feeling is quite widespread.

There is a lot you can do with roads when it comes to getting the S curve composition. In the same way, winding roads work as the best assets for getting nice S curve photos. The best thing about winding roads is you don’t have to go anywhere, you can find them nearby.

In case you are hiking or on a trip to some mountain range, you have to chance to capture exceptional images of roads with S curve composition. Other man made architectural elements, such as walls, bridges, etc. work significantly well for this purpose as well. Even the urban environment has a lot of structures like this to facilitate the best photos.

Railway tracks are something that can never have a sharp turn. Whenever there is a turning, it is always in the form of a curve. And it gives the photographers a great opportunity for shooting perfect photos with an S curve. Some roads have trees planted on both sides which adds to the beauty of the roads further.

In case you find a road like that near you, then you have the ability to capture spectacular photos with S curve composition. A large number of photos like that are available online to give you some idea.

You must be aware of the beauty of light trails in photography. A wide aperture along with a long shutter speed and higher ISO is the perfect setting for letting the most light into the lens. Since we are talking about roads, this is something you might consider trying.

Go out with your camera in the nighttime to roads with smooth curves. Opt for the camera settings as mentioned above and try capturing the light trails. Once you have perfected this art, you will be able to capture truly astonishing photos of light trails with S curve composition. 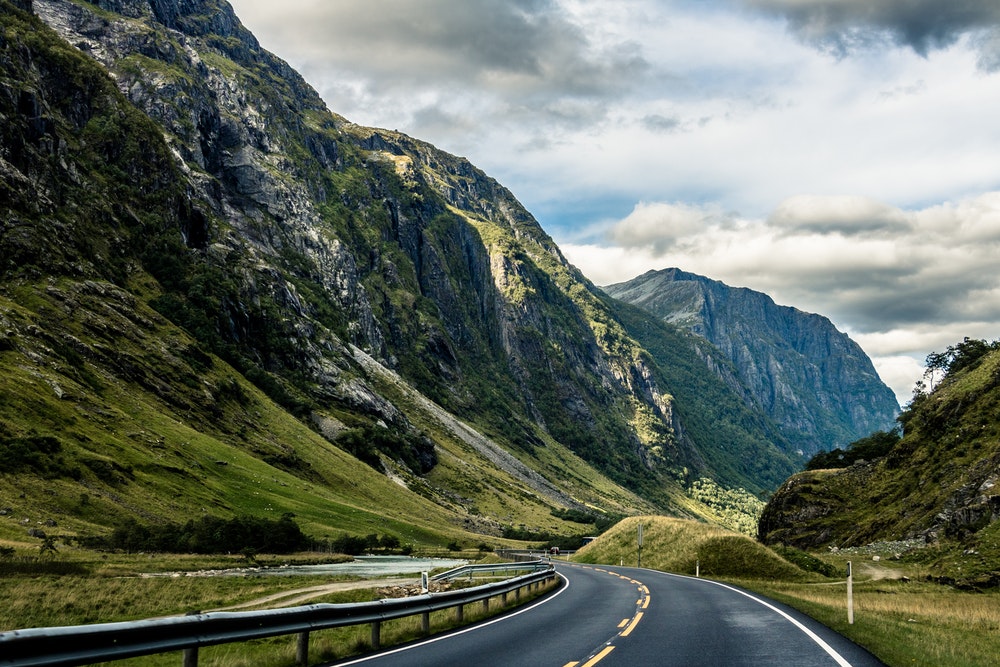 We have talked much about man made structures, it is time to take a look at something natural. Coastlines are among the most beautiful natural places on earth. And the presence of elegant curves in them is something that makes them phenomenal.

Once you have got a chance to visit coastlines, just know that it is the ultimate place for getting the best S curve composition photos within landscape photography. Though it will take a bit of expertise to capture the perfect photos, it is worth trying.

It takes a bit of time to master a skill and that is exactly what you do while learning about the S curve composition in photography. There is no end to the list of things/places where you can find the S curve.

It is all up to your perception. It is just a matter of getting started and finding the presence of S curves, you will start learning and getting better at it.